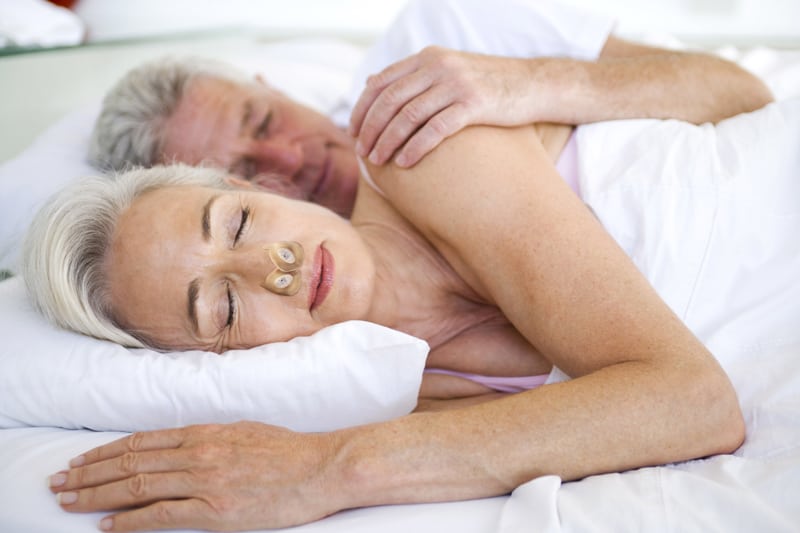 Sleep is absolutely essential for normal, healthy function. Sleep is a physical and mental resting state in which a person becomes relatively inactive and unaware of the environment. In essence, sleep is a partial detachment from the world, where most external stimuli are blocked from the senses.

Normal sleep is characterized by a general decrease in body temperature, blood pressure, breathing rate, and most other bodily functions. In contrast, the human brain never decreases its activity. Studies have shown that the brain is as active during sleep as it is when awake.

Sleep is not a waste of time. There are two basic theories why we need sleep:

Sleep enables the body and mind to rejuvenate, reenergize, and restore. As a person sleeps, it is thought that the brain performs vital housekeeping tasks, such as organizing long-term memory, integrating new information, and repairing and renewing tissue, nerve cells and other biochemical’s. Sleep allows the body to rest and the mind to sort out past, present, and future activities and feelings.

Why is Sleep Important?

Sleep is a necessary and vital biological function. It is essential to a person’s physical and emotional well-being. Studies have shown that without enough sleep, a person’s ability to perform even simple tasks declines dramatically.

The average sleep-deprived individual may experience impaired performance, irritability, lack of concentration, and daytime drowsiness. They are less alert, attentive, and unable to concentrate effectively.

Additionally, because sleep is linked to restorative processes in the immune system, sleep deprivation in a normal adult causes a biological response similar to the body fighting off an infection.

In fact, it is estimated that nearly 50% of the adult population in the United States is sleep deprived. This may be attributed to longer work hours and increased commute times. It appears the price of the boost in productivity is a reduction in sleep.

So, what is happening to all of these exhausted individuals? Many tragedies that have been linked to human error were due to exhaustion. Some historic examples of severe sleep deprivation include the Exxon Valdez oil spill, the NASA Challenger shuttle explosion, and the Chernobyl nuclear accident. Unfortunately, accidents can easily happen as the result of any amount of lost sleep.

Insomnia is the inability to fall asleep. It is a common sleep problem that most people experience at least occasionally. When it occurs, people feel tired much of the time and often worry a lot about not getting enough sleep. Consequently, insomnia often disrupts daily life. It can result from the following:

Sleep deprivation is not actually a disorder; it simply indicates that a person has not been getting enough sleep. Inadequate sleep can affect judgment, reaction time, hand-eye coordination, memory, and general well-being.

Sleep apnea is interrupted breathing during sleep. It usually occurs because of a mechanical problem in the windpipe, but it also can indicate a neurological disorder involving nerve cells (neurons). As people age, muscle tone relaxes, which may cause the windpipe to collapse. This condition is called obstructive sleep apnea, results in loud snoring and blocked airflow through the windpipe that lasts from 10 to 60 seconds. It may appear that the person is gasping or snorting. When this occurs, the brain quickly reacts to the sudden lack of oxygen, the muscles tighten, and the windpipe opens.

Narrow nasal passages, enlarged tonsils, oral and tongue anatomy and obesity are factors that may contribute to obstructive sleep apnea. The condition may also be related to the use of alcohol, tobacco, or sedatives and muscle relaxers.

Patients with sleep apnea lose sleep because every time the windpipe closes, the person has to wake up enough to contract those muscles and resume breathing. As a result, the sleep cycle can be interrupted as many as 100 times a night. In addition, every time the windpipe closes, the brain is deprived of oxygen. This is equivalent to having multiple choking or asphyxiation events throughout the night.

This lack of oxygen eventually can cause problems such as morning or frequent headaches and decreased mental function. People who have sleep apnea are at increased risk for heart disease and stroke.

REM sleep behavior disorder causes disruptions in the brain during REM (Rapid Eye Movement) sleep. During REM (i.e., the dream phase of sleep), an area of the brainstem called the Pons sends signals to the cerebral cortex, which is the area of the brain responsible for thinking and organizing information. The Pons also sends signals to muscles in the body during REM, causing a type of temporary paralysis.

Restless leg syndrome (RLS) and periodic limb movement disorder (PLMD) are common sleep disorders, especially in the elderly. RLS is a genetic disorder resulting in prickly or tingling sensations in the leg that cause patients to want to move their legs. It often results in insomnia. PLMD causes jerking in the legs or arms that occurs frequently during resting or sleeping. Jerking may occur as many as 3 times in a minute and each jerk can wake the patient.

Narcolepsy is a condition that causes patients to fall asleep uncontrollably throughout the day for periods lasting less than a minute to more than half an hour. These sleep attacks can occur at anytime, even while the person is engaged in an activity. During sleep, narcoleptics have an abnormal sleep pattern: They enter REM sleep prematurely without going through the normal sequence of sleep stages.

Narcolepsy usually is a genetic (inherited) disorder, although it may be associated with brain damage or neurological disease. The condition usually develops between the ages of 15 and 30. Some people with narcolepsy experience increased sleep attacks during pregnancy, illness, fever, or stressful periods. Patients with narcolepsy often feel tired most of the time. Other symptoms of the condition include:

Cataplexy - Cataplexy is weakness or paralysis of the muscles. In narcoleptic patients, it may be triggered by tiredness and intense emotions and may be accompanied by short, sudden episodes of laughter or anger. When cataplexy occurs, persons who are standing may fall down.

Sleep paralysis - Sleep paralysis is the inability to move the arms, legs, or entire body that occurs when a person is falling asleep or waking up. It usually lasts a very brief period of time. People who experience sleep paralysis may become very anxious and often regain movement only if they hear a loud noise or another stimulus.

Select the questionnaire you would like to fill out: 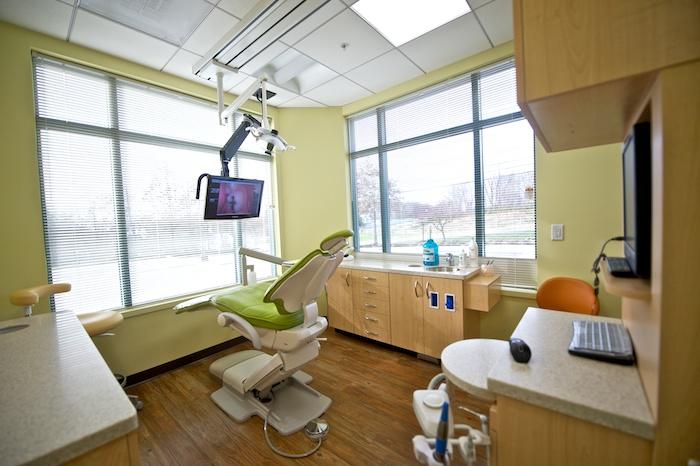 Oral appliances that treat snoring and obstructive sleep apnea are small devices that are worn in the mouth, similar to orthodontic retainers or sports mouth guards these are custom made. These appliances help prevent the collapse of the tongue and soft tissues in the back of the throat, keeping the airway open during sleep and promoting adequate air intake. Currently there are approximately 70 different oral appliances available which can be custom made for you. Oral appliances may be used alone or in combination with other means of treating OSA, including general health and weight management, CPAP or surgery.

With so many different oral appliances available, selection of a specific appliance may appear somewhat overwhelming. Nearly all appliances fall into one of two categories. The diverse variety is simply a variation of a few major themes. Oral appliances can be classified by mode of action or design variation.

*Mandibular Repositioning Appliances - Mandibular repositioning appliances function to reposition and maintain the lower jaw (mandible) in a protruded position during sleep. This serves to open the airway by indirectly pulling the tongue forward, stimulating activity of the muscles in the tongue and making it more rigid. It also holds the lower jaw and other structures in a stable position to prevent opening of the mouth.

Oral appliance therapy has several advantages over other forms of therapy:

A Summary of the Treatment Options

Treatments for moderate to severe OSA

To learn more about The American Academy of Sleep Medicine, please visit: http://www.aasmnet.org/ 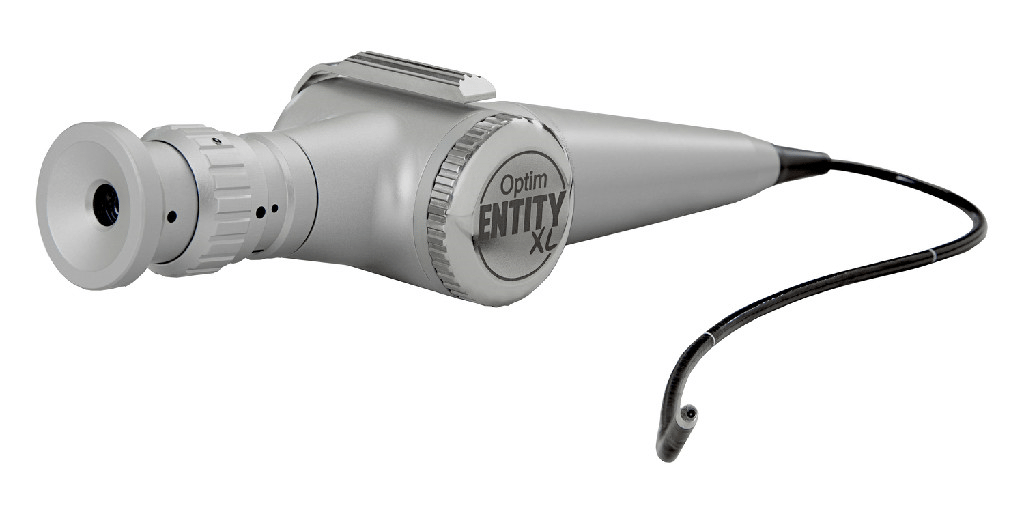 Flexible nasopharyngoscopy/laryngoscopy is a method of examining the of the voice box, throat structures, and back of the nose to evaluate for any problems. The examiner navigates a small flexible fiber-optic tube (smaller than a spaghetti strand) through your nasal passage in order to view the structure and function of these areas. The nose is usually numbed before procedure. Because the endoscope must pass through your nose, the examination may cause some minor discomfort, including watering of the eyes and a sensation of wanting to sneeze. Occasionally some individuals experience light-headedness. If this procedure becomes too unpleasant for any reason, it will be terminated at your request. If you have any questions concerning this examination, please do not hesitate to ask the examiner.